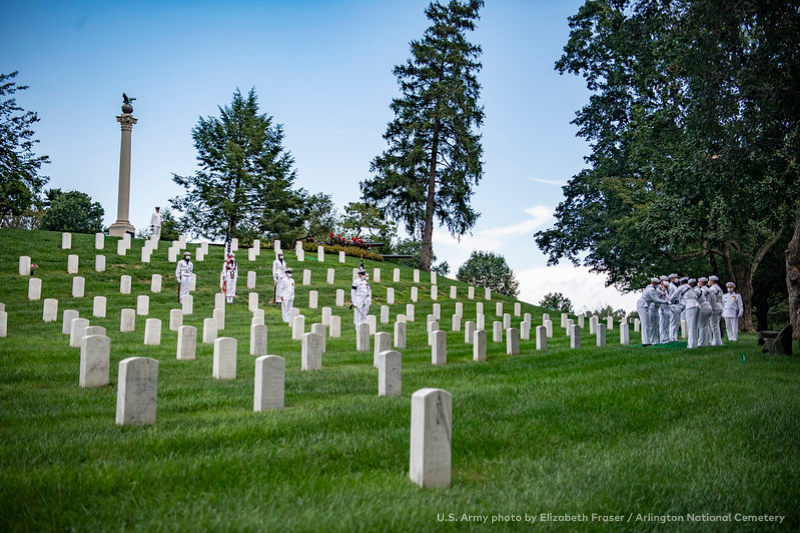 A lot of people think they understand why Donald Trump asked John Kelly what could possibly have been “in it” for his son and the other tens of thousands of fallen servicemen and women buried at Arlington Cemetery. It’s simple, right? Donald Trump just cannot grasp why anyone would ever do something that didn’t redound to his own personal benefit.  Well, yeah. I’m sure that’s part of it. That is exactly the kind of transactional thinking that you’d expect from a malignant narcissist like him.

But it goes deeper than that. Because what was also happening is that Donald Trump, surrounded by a forest of gravestones, actually feels threatened.  You see, anyone who is acknowledged as a hero could, in Trump’s mind, steal from the adoration that he, as the most important man in the world, desperately needs to be basking in every second of his life.

Sharing the spotlight with anyone, even dead people, makes him not just uncomfortable, but downright resentful. You know, like a petulant, hangry three-year-old. “These soldiers aren’t heroes. They’re losers.  They’re suckers. Look at me. I’m the President.”

That’s why he said, “I alone can fix it.” Because he, Donald Trump, is the smartest, most cunning winner in the whole wide world. Except for maybe Vladmir Putin. But that’s kind of a tie.

Americans aren’t giving Donald Trump enough credit for being as sick as he is. That’s because most of us cannot conceive that we live in a country where a personality this twisted could be our leader. Aren’t we the greatest country in the world? Or, at least, weren’t we? Hadn’t we had a system in place for over two centuries that was supposed to prevent these kinds of things?

Let’s face it, everybody.  We haven’t completely wrapped our heads around the harrowing predicament in which we find ourselves. Not even after 188,000 dead have we Americans completely accepted that we are on the cusp of becoming a nation even more unrecognizable than the one we live in now after three-plus years living under this sad, sad, mental case.

Donald Trump has said that he considers every combat veteran who has been killed, captured, or wounded to be a loser and a sucker. But what he really means is that everyone in this country, everyone in this world, everyone other than Donald Trump who has ever lived or died on this planet is a loser. Got it? That’s what this man is telling us all. Every day.

Please, everybody. We have to end this. Vote.