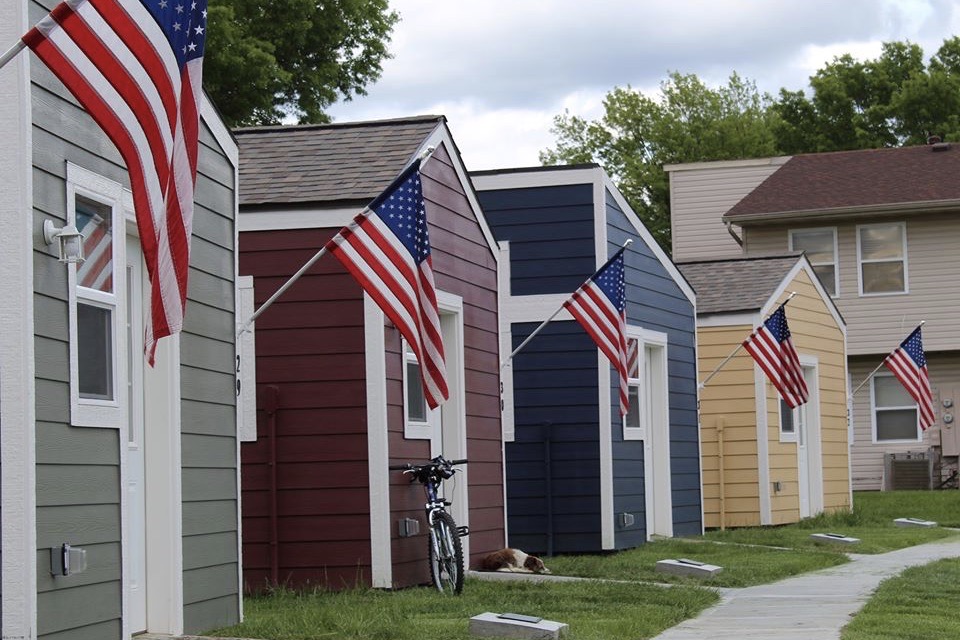 Often at funerals for our fallen, a speaker will quote from Ronald Reagan’s 1985 Veterans Day speech – the part where he talks about those who died in foreign wars.

When I hear these words, I think of those veterans who survived battle only to struggle with wounds of war, both physical and mental.  Many of them gave up two lives as well. But, in the case of veterans, we can do more than remember. We can act. We can all make a difference.

And this is how I would ask you to help this Veterans Day. I want you to give to The Veterans Community Project and give whatever feels comfortable for you. Were you sent to war and put in harm’s way for multiple deployments where virtually every moment was either terrifying or as boring as hell? If not, that probably was worth a lot to you. If so – thank you – and I hope you can help out your brothers and sisters.

The Veterans Community Project was started in Kansas City by veterans to help homeless vets. What’s the best cure for homelessness? A home.

That’s why VCP is sometimes called Tiny Houses to End Homelessness. It builds tiny single-occupancy houses that are better than a New York studio apartment. A bedroom area. A bathroom with shower. A kitchenette in which Julia Child could prepare a gourmet meal. But, frankly, not one of these guys can cook like her.

Homeless veterans each live in their home rent free in the Veterans Village until they can transition to permanent housing with the help of the wrap-around services that VCP provides.

My friend Jason Kander, an Afghanistan veteran who lost to Roy Blount, the incumbent senator from Missouri, by less than three points in 2016, (for context, Hillary lost the state by 16%), is leading the effort to expand VCP to other cities around the country. This coming spring, another village of Tiny Houses will be breaking ground in Longmont, Colorado, near Denver. VCP plans to expand to eight more cities by the end of 2022.

I hope you can help our veterans who put everything on the line for us and are having a hard time since they came home.

Thank you for your time and attention.