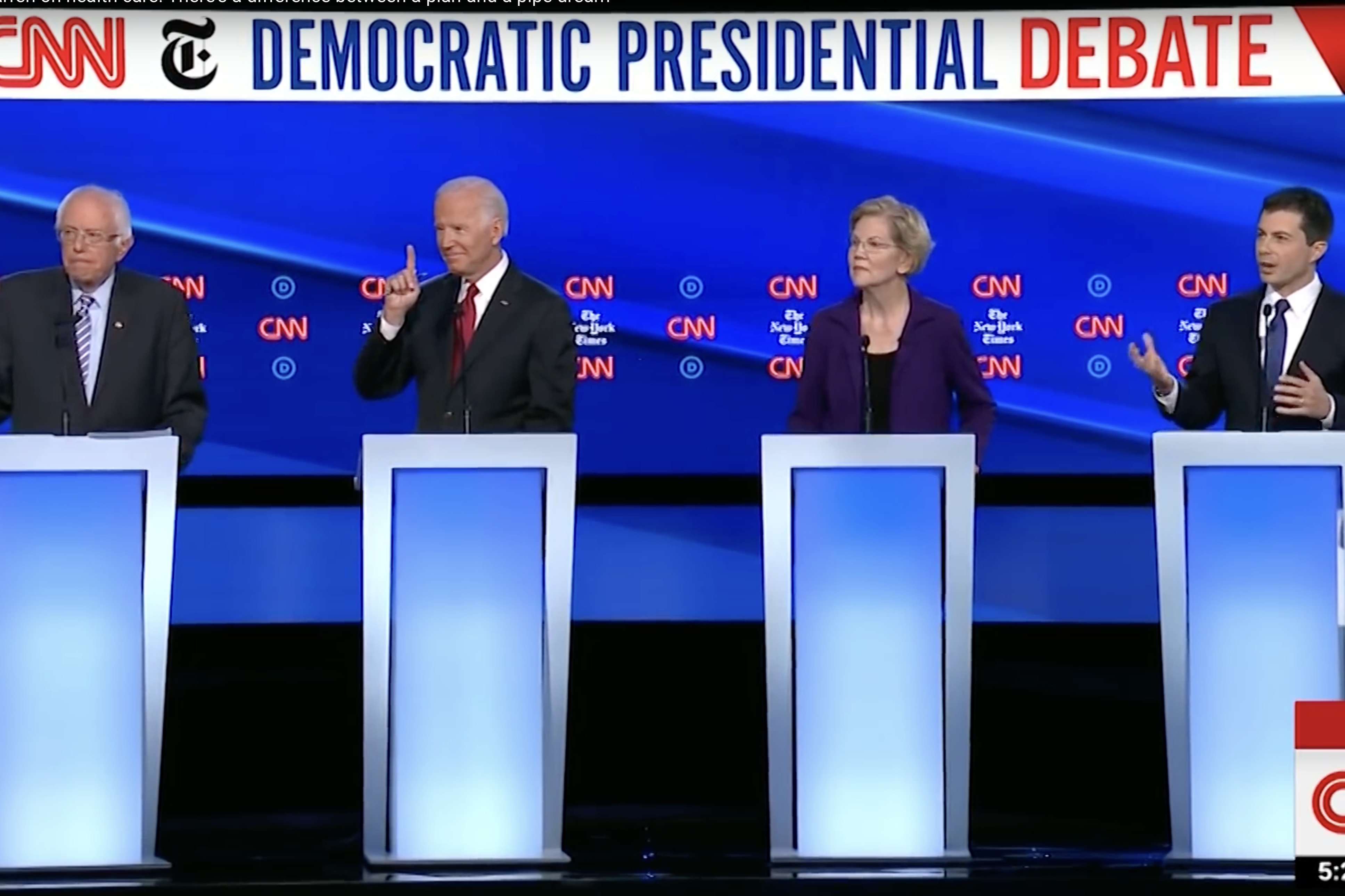 Before I weigh in on last night’s debate, especially on health care, I’d like to point out a couple things.

First is that I wrote the Medical Loss Ratio (MLR) provision into the Affordable Care Act back in 2009. The MLR is literally the strongest containment on health insurance company profits in the ACA. It says that insurance companies must spend 80% of their premiums for individual and small group plans on actual health care. Not on administrative costs, profits, or CEO salaries. On large group plans, the MLR is 85%.  When the insurance companies don’t meet the MLR, they have to give the difference back to policy holders.

Secondly, when I arrived in July, 2009, as the 60th Democratic vote, the first Senator I spoke to on health care was Bernie Sanders. I told him I would support single payer. I also told him I thought we’d be at least 55 votes short, so we should probably have a fallback position.

Bernie knew that as well as I did. Did he take his ball and go home? Of course not. He worked very hard to insert significant funding for community health centers. Bernie spoke last night about his work as chairman of the Senate Veterans Committee. He tried to get the largest, most comprehensive bill in the VA’s history, but was stymied by Republicans. But he moved on and, yes, compromised with Republicans to get a smaller, yet still very significant reform of the VA and a large increase in its funding.

All of this is a way of saying that getting to single-payer – especially, single payer without any private health insurance is not likely to happen in the foreseeable future.

All of those countries also pay about 30-40% of what the US pays for our pharmaceuticals. Yet, not one of those countries has completely eliminated private health insurance. In fact, approximately 70% of Canadians have some supplemental private insurance, usually paid for by their employer. So, you can’t say that outlawing private health insurance is indispensable to creating an effective single-payer system.

That is why when our Democratic candidates engaged in an extended health care debate last night, I was frustrated that at no point did any one of our candidates pivot to the ten-thousand-pound gorilla. The Republicans lost 40 seats in the last election, almost entirely on health care. In exit polls it was the number one issue, beating two and three combined. (The economy and immigration). Why?

Because leading up to the 2016 election, Republicans had been pledging to repeal and replace the ACA for eight years. They won. They had the House, the Senate, and the White House. And what had they developed to replace the ACA with? Something “terrific?” Nothing. According to the Congressional Budget Office, led by a Republican who was hand-picked by Republicans, 23 million Americans would have lost health insurance under their plan. People with pre-existing conditions would lose the protections they have under the ACA. Older Americans under 65 would pay significantly higher premiums. There would be enormous cuts in Medicaid. Medicaid expansion would go away.

Americans HATED what Republicans voted for. HATED it. And suddenly, after giving Republicans the House in 2010, and the Senate in 2014, and the White House in 2016 because of the ACA, suddenly Americans saw what was in the ACA and its popularity shot up.

When the Republican health reform bill was defeated in 2017, Trump said, “Who knew that health care was complicated?” Everyone except you, putz!

So, in 2018, American voters sent an unmistakable message. Not only did 40 seats in the House flip to the Democrats. Three states voted by referendum for expanded Medicaid – Idaho, Nebraska, and Oklahoma!

So what does Trump do? He doubles down! And directs his Justice Department to join the State Attorneys General lawsuit to repeal the Affordable Care Act entirely.

There are significant differences between the health care plans of our Democratic presidential candidates. Important differences that should be debated. But, at some point, (and I would suggest somewhat early), someone on our debate stage needed to pivot to the insane, destructive “plan” that Trump and the Republicans have to take away every achievement of the Affordable Care Act and remind American voters watching what is at stake between electing any one of our candidates versus the corrupt, ignorant, and not-a-little crazy president who allows our allies to be slaughtered, shakes down foreign leaders to get them to interfere in our presidential election, and wants to take health care away from tens of millions of Americans.

Next debate, please remember that health care is still the number one issue everywhere in the country. It’s an issue we win on, but only if we remind Americans of the difference between Democrats and Donald Trump.