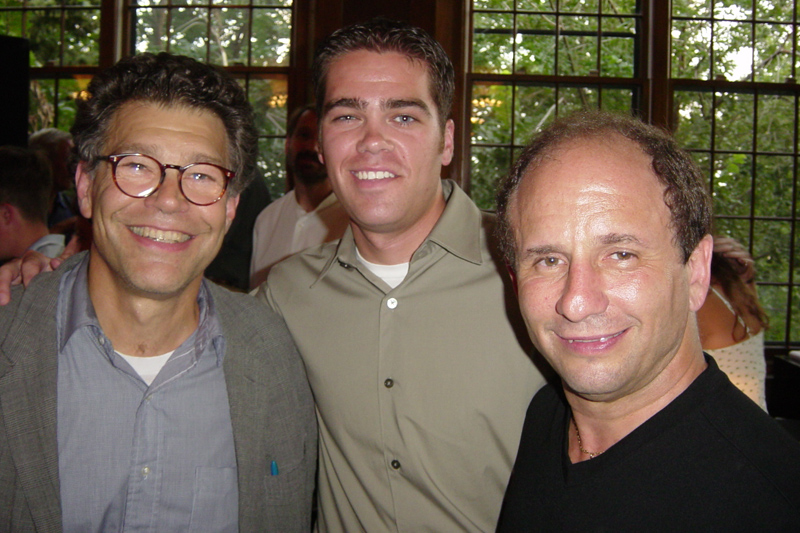 Every year on this day I write about Paul. About how the people of Minnesota knew what he stood for, what he was for and what he was against.  They may not have always agreed with him, but they always knew where he stood.

I usually write about the last time I saw him.  It was at a rally where I introduced Paul by doing an impression of him ordering breakfast with over-the-top enthusiasm.  “I’d like two eggs!  I love your eggs!!!  They’re the best eggs!  Sunnyside!!!  I love them sunnyside!  And bacon!  You have the best bacon!!!  I love your bacon!  And toast!!!  You have great toast!!!”

Before the rally, Paul and I talked, and the first thing he asked was how my mother was. “Not good,” I said, “Some days I can’t even have a conversation with her.”

Paul said, “Touch means so much.”  That was Paul.

The next day, I went to the nursing home on a beautiful Minnesota fall day and rolled my mom in her wheelchair out to their beautiful garden.  Like the day before, it was impossible to have a conversation.  But I hugged her.  I don’t know if it meant anything to Mom.  But it meant a lot to me.

This year, I want to quote an excerpt from the eulogy that David McLaughlin gave for his younger brother, Will, who was Paul’s driver and who also died in the crash.  Their late father, Mike McLaughlin, had been a well-known figure in state politics:

We have dealt with loss before.  Quite a few years ago, we lost our father.  And it was a difficult time but it was actually more of a celebration because so many people from my father’s past came to share with us political battles won and lost.  Some we should have won but lost, and some we should have lost but won because of my father.  But really the most touching part of it, so many people including George Latimer, who came up and had read about Dad in the paper and said, “You know, I didn’t know he had accomplished so many things because all he ever wanted to talk about was you kids…”

When Will went to work for the campaign, I think we were most proud of all.  We did, however, have some concerns. William being the youngest of nine kids, had long ago made the decision – he didn’t much care for people telling him what to do or how to do things.  And with his family, he has no qualms at all of telling us that.  So, we were genuinely concerned that here he went from being the big man on campus to basically being the driver and someone who needs to do what he was told.  For people who have been in that role before, they said you often get blamed for things that aren’t your fault and you just have to shut up and take it.  That was not one of William’s strong suits.

The funny thing is Will and Paul really did work well together.  When other people would try and get Will a different assignment, Paul would overrule them and say, “No, Will is coming with me.” I really do believe that that’s why they became such great friends; both of them wanted to do things their way and wouldn’t do what people told them.

This is classic Will, knowing him he wouldn’t settle for just doing a small job.  He took it upon himself to be more than just a driver.  To be the bodyguard, advisor, and the one who kept Paul going.

Will’s sense of humor was not lost in the seriousness of the campaign.  Driving Paul around in Will’s now-famous black SUV, whenever they would see a car with a Wellstone bumper sticker on it, Paul would insist: “Drive up next to them so I can wave.” So they’d pull up next to the car and Paul would wave and wave and wave, and he’d sit back and say, “Huh, they don’t wave back.”

And Will would smile and say, “Huh.”

And this went on for a couple of days, and Will laughed to himself before he finally let the senator know, “The windows are tinted and they can’t see you….”

We all know that Will was having the time of his life.  He loved having great success with all he did.  And he really enjoyed the importance of being with the senator.  But what most of us don’t know is that what Will loved most about the job was that he got to hear more stories about his dad.  He truly loved being with Paul alone in the car, and Paul would tell Will stories of his dad’s life that he hadn’t heard before….That’s what he really loved about the job.

There are no words that any of us can come up with that would really justify Will’s life, what he meant to us, as a family and our friends and his fraternity brothers.  So I’m going to share with you some of Will’s own words, from probably one our proudest moments of him.  When he was a senior in high school, just shortly after his father’s death, he got up in front of the whole corps of cadets at St. Thomas Academy and did a very touching speech for us to see.  Just as I have just a few moments to talk about Will’s life, I’m going to share just a very small part of his speech:

“To my mother, you are the greatest!  You have always been there for me, now it is time for me to be there for you.  I love you very much. Thank you for everything you have done.  To the family, in the words of our father, ‘You done good.’ Many times in our lives we take things, small and large, for granted.  I always thought my father would be there for me when I needed him. He may not be there physically, but he will always be with me as the great memories we had. When I come home, I expect him to be there, but he is not.  I guess in some ways I took him for granted by not thanking him all the time or saying I love you.

“Take a minute today to think of those things that might not be there tomorrow.  I love my family and friends, and I leave you with no quote or words of wisdom to live by.  Just these simple words. I love my Dad.’”

William, we love you.

This is a difficult day for all the families of those we lost that day.  Franni and I send our heartfelt condolences and love to them.