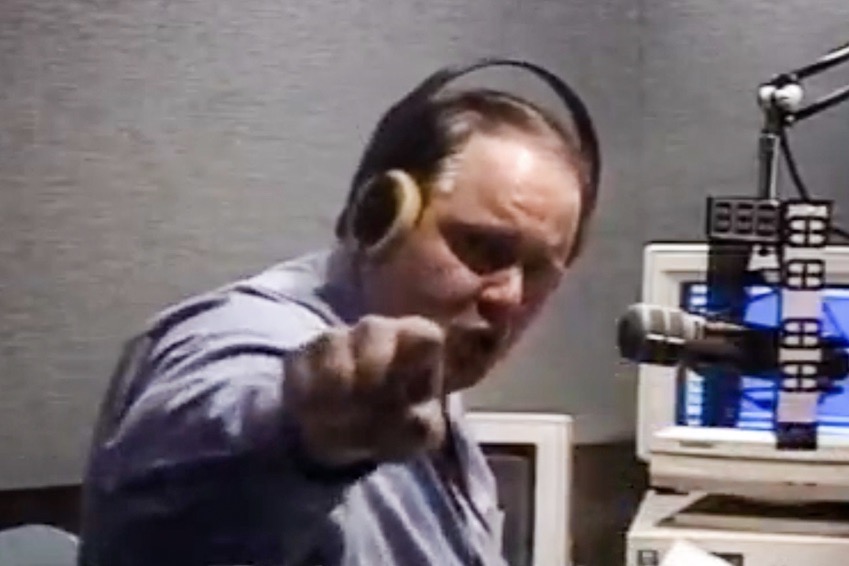 There were a number of genuinely moving moments during President Trump’s State of the Union Speech Tuesday evening. Rush Limbaugh pretending to be surprised when President Trump announced that he was about to receive the Presidential Medal of Freedom was not one of them.

A day earlier, Rush had told us that he has advanced lung cancer, and certainly no one should feel anything but compassion for him and his family and hope that he makes it through this difficult period.

But Rush famously went out of his way to mock dying victims of AIDS and condemn those who have just passed, calling Kurt Cobain “a worthless shred of human debris” and Jerry Garcia “just another dead doper. And a dirtbag.”

The irony that Rush himself was later indicted in Florida for doctor shopping to feed his massive OxyContin addiction was not lost on many who actually have compassion for those in the throes of addiction.

Of course, President Trump himself has had the good grace to insult the dead – targeting, for example, John McCain.

The fact of the matter is that Rush Limbaugh and Donald Trump have a lot in common. In fact, one could make the argument that it was Rush who paved the way for a Donald Trump to become President of the United States. The constant lying comes to mind. I wrote a book about Limbaugh back in 1995. Though I’ve chosen not to tune in regularly since, I check in now and then, and he continues to lie to his twenty million listeners three hours a day, five days a week ever since.

That’s something Rush and Trump have in common. Talent. Both can bloviate endlessly and do so in what might be called an entertaining way. Both, in fact, are performers. And if lying, racism, hatred, and more lying can be considered entertainment, well, then kudos to them both.

Both are climate deniers. Rush made the point that the polar ice caps melting doesn’t cause a rise in sea level, because when an ice cube melts in a glass of water, the water level stays the same. What he failed to understand, I guess, is that Greenland and Antarctica are not ice cubes. One’s even considered a continent.

The title of my book, Rush Limbaugh is a Big Fat Idiot and Other Observations was meant to satirize the erosion of decency that accompanied the Gingrich Revolution of 1994. Gingrich had instructed Republican candidates for the House to “Talk like Newt,” demonizing their opponents by calling them “sick,” and “corrupt” and “anti-family and anti-flag.” Fittingly, Newt named Rush an honorary member of the House class of 1995. And there’s been a straight line between that midterm election and the Trump presidency and the shameless Trump Republican Party of today.

Rush Limbaugh now joins the pantheon of Presidential Medal of Freedom recipients, who include Cesar Chavez, the Apollo 13 astronauts, and Mother Teresa.

Would the Apollo astronauts have called Sandra Fluke, a law student who testified in support coverage for contraception in the ACA, a “slut” and “a prostitute?” I actually don’t know for sure, but I’ve met James Lovell, and very much doubt it.

Would Cesar Chavez have said, “Have you ever noticed how all composite pictures of wanted criminals look like Jesse Jackson?” Almost certainly not.

No other president in our nation’s history would have bestowed such an honor on such a man. What will it say about who we have become if we allow this to continue beyond next January 20th?