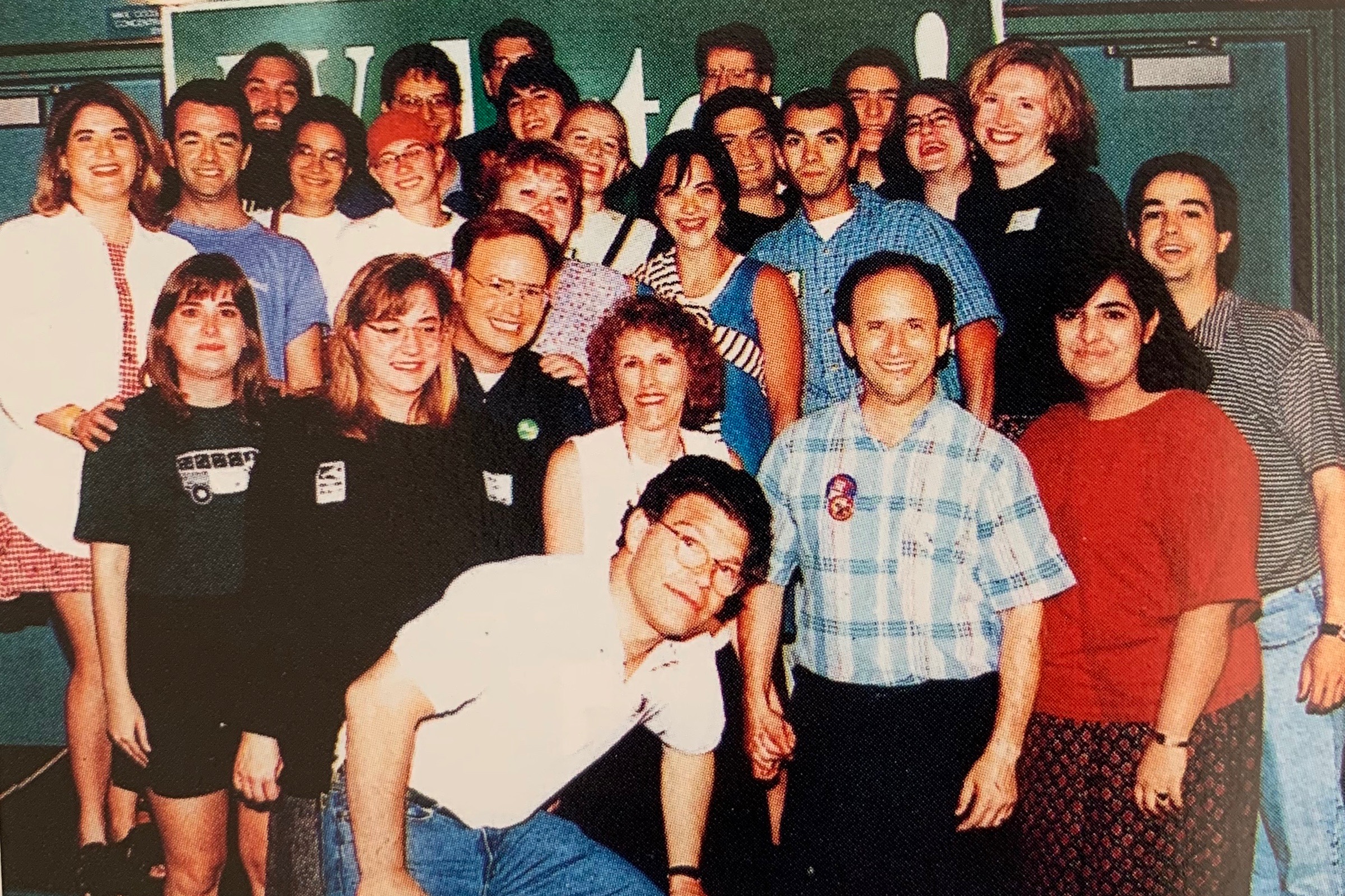 About a month ago, Judy Keen, a political writer for the Minneapolis Star Tribune asked me to comment on how Paul Wellstone would feel about so many of his issues being adopted by Democrats running for President this cycle. I sat down and just started writing about Paul and sent her this.

We all remember Paul for his authenticity, his passion, and his political courage. I remember campaigning with him in 1996 at the state fair not long after he had voted against Bill Clinton’s extremely popular welfare reform package. I asked Paul if he was worried about the vote, and he shrugged: “Minnesotans expect me to vote my conscience.” Even if they disagreed with him, Minnesotans respected Paul because they always knew exactly where he really stood.

The same was true six years later, when he was one of the very few Senators running for reelection who voted against giving President Bush the authority to invade Iraq. A sizeable majority of Minnesotans favored going to war against Saddam Hussein, and some pundits predicted that vote would be his undoing. But, in fact, his poll numbers went up, and when he and Sheila and Marcia and the others tragically went down, he led Norm Coleman by six points.

Paul was a champion on so many issues that others payed little attention to–domestic violence, veterans housing, and mental health to name just three. His Wellstone-Domenici bill, which passed six years after his death, was the first big step toward providing Americans with mental health parity. When I came to the Senate, I worked with David Wellstone to urge Health and Human Services to write strong regulations enforcing the law, and then worked to put stronger mental health parity provisions in the Affordable Care Act. There’s still a lot of work to do on mental health parity, and Paul would want us to keep fighting.

How would Paul feel about his ideas being an important part of the national political dialogue? Other than being frustrated that he isn’t up there giving a tub-thumper, he would be thrilled. Oddly, as idealistic as he was, Paul was also pragmatic. I’d be interested, for example, where he would be on Medicare for All. Paul’s idea for universal health care, (and admittedly this is sixteen years ago and before the ACA got us closer to that goal), was to use the states as laboratories. His proposal was to require states to move toward universal coverage in a certain time frame. One state, for example, could adopt a single-payer Medicare model; another state could adopt an opt-in to Medicaid model; another (say, Oklahoma) could try some kind of market-based model (which wouldn’t work). Canada got to single-payer because each province was able to create its own system, and Saskatchewan adopted single-payer. It worked so well that the entire nation adopted it some years later.

On economics, Paul would be laser-focused on income inequality and support a wealth tax and returning to a high marginal rate for income above a certain threshold. He’d be fighting for fully funding early childhood education. He once said that Head Start should be fully funded not just because its students are less likely to be in special ed, less likely to be left back a grade, more likely to graduate high school, and more likely to go to college – he said Head Start should be fully funded because a three-year-old child is such a beautiful thing.

One final personal note. My mom and dad were big supporters of Paul’s. In 2002, my mom was in a nursing home with dementia. The last time I saw Paul was at an event at the University Club in St. Paul. Before the event started, Paul asked me, “How’s your mom?”

I said, “It’s rough. She has some okay days. But most days I can’t even talk with her.”

Paul put his hand on my shoulder and said, “Touch means so much.”

The next day, I visited Mom. It was a beautiful fall day, and I wheeled her into the garden. I couldn’t talk with her. But I hugged her. Tight. I don’t know how much it meant to her. But it meant a lot to me. And still does.