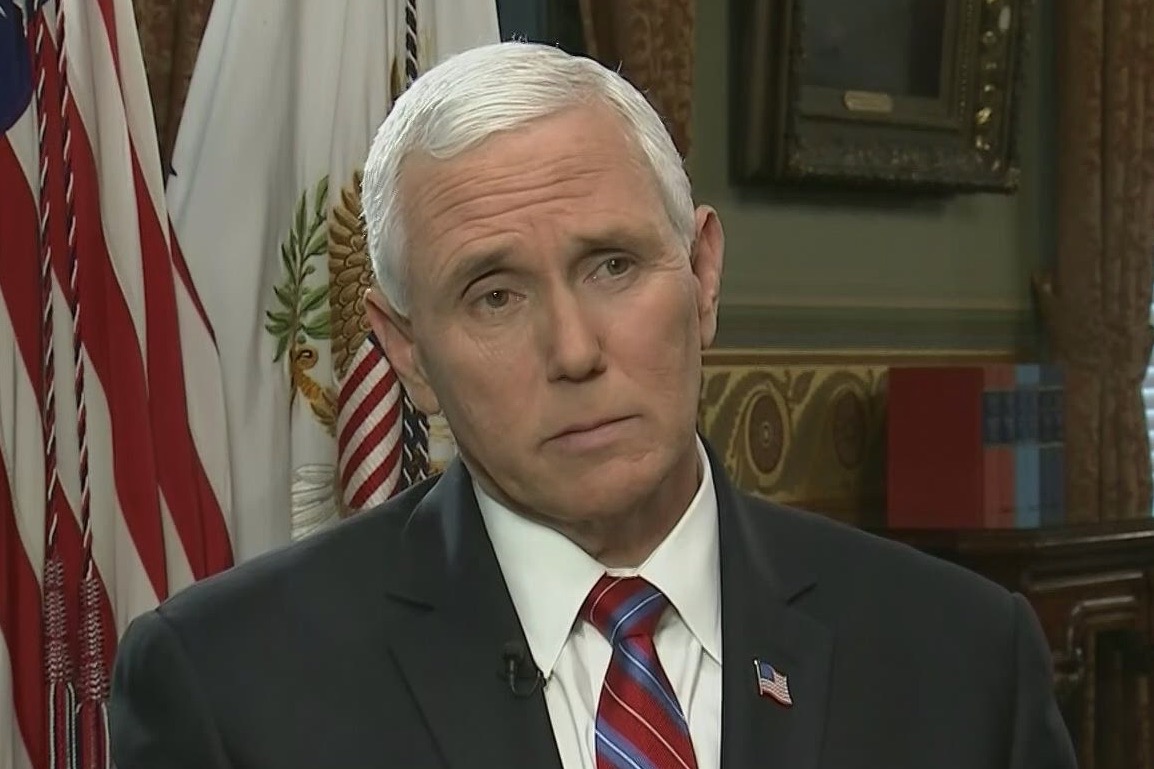 The president’s daily Covid-19 pressers are, by turn, infuriating, insulting, laughable, but mostly sad. There’s the lying, the one-eighties, the self-flattery, the boasting, the lashing out. That’s, of course, Donald Trump.  But, personally, what I find the most galling is the insufferable and incessant blather from Mike Pence.

Yesterday, Pence put on a maddening six-minute display of obfuscation that will guarantee him, upon retirement, an immediate and unanimous selection into the Toady Hall of Fame.

This needs a little bit of a set-up:

A reporter asked Trump about his decision not to extend the period for Americans to enroll in the Affordable Care Act health insurance exchange. Since the vast majority of Americans get their health insurance through their employer, it was a pretty logical question. In a week in which a record 6.6 million Americans would apply for unemployment insurance, keeping the exchanges open might make just a little bit of sense.

Under the $2.2 trillion package, workers receive payments to replace their lost wages, but nothing to cover any healthcare coverage they’ve lost.

The ACA exchanges were designed to provide premium supplements so that low and middle-income families could find affordable health insurance.  In fact, 80% of Americans who get their insurance through the exchanges pay less than $80 a month. That’s one of the big reasons the ACA provided coverage for 20 million more Americans.

Without the option of going into an ACA exchange, the best option for someone who has lost her job is often COBRA. COBRA allows you to stay on your employer’s plan. The rub is that you have to pay the full premium. If your current plan is $1000 a month, and your employer covered 80%, you go from paying $200 a month to $1000 a month – after you’ve been laid off. By my calculation, that’s an $800 difference. Per month.

Hence, the insanity of not extending the enrollment period.

President Trump was smart enough to realize he was being asked to answer an unanswerable question.  Other than the truth: “I want to kill any achievement that Barack Obama had as president, even if it will cause terrible hardship and suffering for millions of Americans.”

Instead, he handed the question off to Vice President Mike Pence.  The next six minutes were excruciating.  After thanking the president, Pence started with a pivot:

Then Pence moved on to make a series of equally fallacious non sequiturs, all while telling us how inspired the task force and the American people are by the President’s engagement.

Then Pence assured us of something that we shouldn’t have to be assured of: “(T)hat the American people can be confident that health care workers are properly compensated for their extraordinary and courageous work.” Why wouldn’t they be?

The confused reporter interrupted, “Where can people go now to get health insurance if they get sick.  Before they get sick?”

“Would you like that to cover the middle class?” asked the still perplexed reporter.

“We…uh…I think what we’re seeing health insurance companies do today, John, it’s really inspiring… I mean, one of the things that has animated and characterized the president’s approach is the way he has engaged American businesses to – blah, blah, blah, blah, blah…”

After six minutes of this even Trump couldn’t take it anymore and stepped in like a boxing ref stopping a fight.

“It’s a fair point,” Trump said.  “We’re looking at it.”  And, then acknowledging what we all had just watched “I think that’s one of the greatest answers I’ve ever heard. Because Mike was able to speak for five minutes and not even touch your question.” (It was six).

But Pence had done his job.  Also, Trump was lying.  He won’t look at it, because he is backing the lawsuit to overturn Obamacare that the Supreme Court will be taking up next session.

What should we do? Open the federal exchange. Second, allow the newly unemployed to enroll in Medicaid, which is an enormously successful program. Proof? The last three states to adopt expanded Medicaid by referendum are Idaho, Nebraska, and Utah.

As for Pence?  I’m guessing a Donald Trump/Nikki Haley ticket.