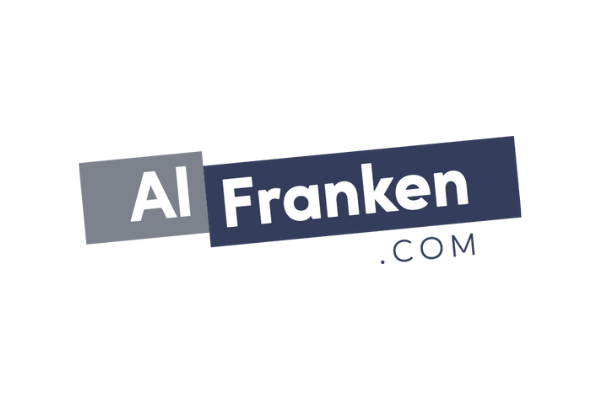 How to Reform the Filibuster
Al Franken and Norm Ornstein

With the passage of the Bipartisan Infrastructure Bill (BIB) and the impending passage of the Build Back Better legislation, Congress is ready to move on to its next urgent priority—protecting our elections and voters from disruption, chicanery and voter suppression. With the laws racing through a number of states that enable partisan actors to remove or intimidate election officials, use outrageous tactics to threaten poll workers and suppress votes, and with what we know about the background of the violent insurrection on January 6, there is clearly an existential threat to the most fundamental bedrock of our democracy.

The Freedom to Vote Act, a product of compromise involving Joe Manchin, Amy Klobuchar and other Democratic senators, and the John Lewis Voting Rights Act (VRA) would together provide major protection against attempts to overturn the results of a legitimate election while making voting easier for eligible Americans. But both efforts have been filibustered by a nearly united phalanx of Republicans in the Senate, with only Lisa Murkowski of Alaska willing to buck party leader Mitch McConnell. This despite the fact that Manchin sought vigorously to recruit Republicans to support his broader compromise, and that McConnell and many other Senate Republicans were co-sponsors of the last Voting Rights Act in 2006—one the new version only seeks to restore after it was gutted by the Supreme Court’s Shelby County decision.

Under the current rule, 60 of the 100 senators are needed to vote for cloture, to end debate and move to action. Because the motion to proceed to debate and vote can itself be filibustered, when the VRA was brought up recently, it did not even get the courtesy of a debate about its efficacy and importance—it just died because only 51 senators were willing to vote for cloture.

There is only one way to make possible the passage and enactment of these essential bills—and that is to change the rules of the Senate to give a fighting chance for a majority to be able to debate and vote to protect our democracy. But here is the rub—doing so requires all 50 Democrats to join together for a rules change, and at least two have made clear that they will neither eliminate the filibuster or weaken it for legislation.

What to do? For a decade, we have joined together to promote an idea that does not eliminate the filibuster or weaken it. One that restores the filibuster to its longstanding role, where the burden was on the minority to make its case to the public as to why the majority is wrong, where long sessions of the Senate with debate on a critical national issue could inform the public, and where the filibuster was used only for those issues of great national moment. The need to get a supermajority was an incentive for both majority and minority to find broad support via compromise, to avoid the long sessions and disruption of routine.

A little background on why the filibuster was distorted from its original purpose: in 1975, the rule, Rule XXII, was changed in a way that appeared to make it easier to invoke cloture. Before the change, 2/3rds of senators present and voting were needed; the rules change reduced the number to 3/5ths—but crucially, made it 3/5ths of the entire Senate. Removing the present and voting standard created an opening for a very different dynamic, one which took decades to eventuate but which has transformed the Senate.

With a present and voting standard, the majority could make the Senate go around the clock, requiring the minority doing the filibuster to be around—sleeping on cots outside the chamber in case a 3am vote was called. If 25 senators were absent, the threshold for ending debate would be only 50, not 67. With an absolute standard, the minority did not need to be present at all—only one or two would need to be nearby, to keep the majority from acting by unanimous consent.

When Barack Obama became president, Senate Republican Leader Mitch McConnell saw an opening to transform the rule to stymie Obama and the Democrats, calling for filibusters on nearly every action, even those that had unanimous or near unanimous support. The idea was to kill many of Obama’s priorities, but just as much to delay action and obstruct by using precious floor time to overcome the filibuster effort. Once a senator says, “I will filibuster,” by denying unanimous consent to move forward, it takes two days for a cloture motion to ripen, then a series of votes, and if the required 60 is reached, it can be followed by 30 hours of post-cloture debate before action—and on legislation, multiply by two because of the need to get cloture first on the motion to proceed, then again on the bill. The “debate,” such as it was, did not have to be germane or refer to the issue at hand. In one debate, Ted Cruz read Green Eggs and Ham.

For Franken, the absurdity of this became clear early in his Senate service, when he told a Republican colleague to have a nice weekend and would see him on Monday. The senator, Jim Bunning of Kentucky, said “No you won’t. It’s a cloture vote. I don’t have to be here. You do.” As the use of the rule as a weapon of mass obstruction mushroomed under McConnell, it became clear that there was no longer any incentive for the minority to compromise, when with no effort it could stymie the majority in its tracks, causing major political damage. Compromises, when they occur, are now either on issues that are well below the radar, or when the minority sees strategic advantage for the next election—something we saw with the BIB.

After his encounter with Bunning, Franken called Ornstein to find a way to end the absurdity, and the result was this: flip the numbers from 60 required to end debate to 41 required to continue it, moving the burden from the majority to the minority. Require 41 to be on the floor at all times, and to debate the issue at hand, germanely. The minority could still prevail—the majority would have to stop all other business to go around the clock, and might decide after some time to cut its losses and move on to other issues, if the minority made its determination clear. But it would require a major effort by the minority to accomplish its ends. And for both sides, bipartisan compromise might be the best way to ease any mutual burdens.

Joe Manchin, a vocal opponent of ending or weakening the filibuster, has spoken favorably about this change. It answers every objection and hesitation about change made by him, Kyrsten Sinema, and other Democrats in the Senate. It fits within the traditions and norms of the Senate. If it were enacted, the Senate might again become a deliberative body, but one that can act when the times demand it. And the times certainly demand it now.