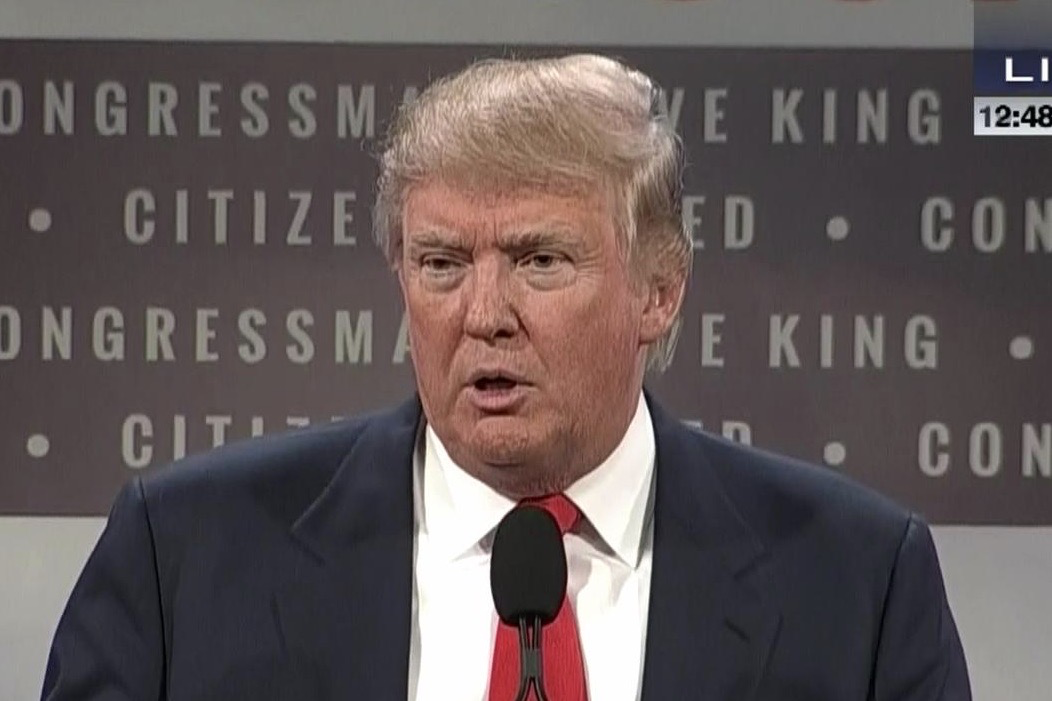 It should be of no surprise that a great majority of the men who have sought and successfully attained the office of president have been narcissists. What most Americans would be surprised to learn is that a number of even our most successful and admired presidents like Teddy Roosevelt, for example, were themselves archetypal malignant narcissists. It is said that it was impossible to get through a dinner party without TR somehow working the conversation to the number of Spaniards he slaughtered “leading” the charge up San Juan Hill.

And yet Teddy Roosevelt was an enormously successful and consequential president by anyone’s account, especially his own.

Presidential scholars like Michael Beschloss will tell you that the difference between a successful malignant narcissist like, say, two-term racist Andrew Jackson, and abject failures like one-term racist James Buchanan has always come down to the same single factor – intelligence.

The sad fact is that our country’s horribly inept and tragic response to this pandemic could have been avoided by a malignant narcissist of merely average intelligence. What was needed back in January and February of this year was a president just smart enough to understand that successfully handling our greatest crisis since World War II would have assured his reelection in the fall.

Even the laziest malignant narcissist would have realized that the nation would rally around a leader who openly acknowledged the enormous gravity of the pandemic – as many tens of millions of Americans had well before the president himself finally conceded the obvious. Even just a moderately intelligent malignant narcissist would then have understood that he should turn for guidance to science rather than his son-in-law.

All malignant narcissists are completely lacking in empathy, the one quality that most Americans believe is essential to a successful leader. But those Americans are dead wrong. Some of our most beloved presidents have been smart enough to know that fake empathy can be every bit as effective as the real thing, if not more so. Take, for example, Founding Father Thomas Jefferson, admired for the noble sentiment he so eloquently expressed in his Declaration of Independence – “We hold these truths to be self-evident, that all men are created equal.”

We know now, of course, that Jefferson believed no such thing. Our third president was, in fact, a slaveholder who fathered six children with Sally Hemings, a human being he enslaved and exploited sexually from the time she was a fourteen-year-old child. Jefferson’s intelligence, eloquence, and fake empathy – each strategically deployed to disguise his own monstrous narcissism – have inspired our nation’s highest and, as yet, tragically unfulfilled aspirations.

It is far too late in the game for Donald Trump to feign empathy, though it is entirely possible that he does not know that. If polling numbers stay where they are today, a desperate Trump may very well try faking empathy as an “October Surprise.” In my opinion, that tactic would almost certainly backfire with his most loyal base – angry male xenophobes, themselves narcissists who believe that other people’s misfortunes are always entirely of their own making.

If I were advising Trump, which I most certainly am not, I would make an equally radical suggestion, but one that just might work. Fake humility. Why, you might ask, would fake humility be any more effective than fake empathy? Throughout history, president after president has shown that pretending to humbly admit error is a much easier sell than suddenly feigning empathy for people for whom he has heretofore shown nothing but utter contempt. Indeed, while many Americans share Trump’s complete inability to put themselves in other people’s shoes, almost all do, however, regret serious mistakes in their own lives. And while they themselves would never admit their own transgressions to another living soul, they often admire those who do, whether or not the apologies are sincerely given.

My advice to Trump would be to ask the networks for a half-hour in prime time from the Oval Office. There, laying on thick the aforementioned fake humility, he would confess to the American people that he is well aware of the many tragic, boneheaded mistakes he has regretfully made in his handling of the pandemic and that he has decided to start relying solely on scientifically sound advice from people with postgraduate degrees in medicine and bioscience from fully-accredited universities.

Massive federal funding would soon flow to faster and more accurate testing, ramped-up contact tracing, and a well-executed protocol for isolating those who test positive. Patriotic public service announcements would call on all Americans to wear masks, wash their hands with hot water and soap, and socially distance from others. Within weeks Americans would begin to see a sharp decline in infections, hospitalizations, and senseless fatalities. The cable news channels, always looking to boost ratings, would applaud Trump’s initiatives and excitedly predict that the presidential race would soon tighten to a dead heat.

Trump’s only hope is to stop listening to the sad losers who have been advising him so disastrously. Now is his last chance to prove to Americans that he is the latest in a line of savvy malignant narcissists whom the most respected presidential historians consider to be among our greatest presidents – Thomas Jefferson, Andrew Jackson, Teddy Roosevelt, and, yes, George Washington.

The only question now is whether Donald Trump is smart enough to take my advice. I think he is!