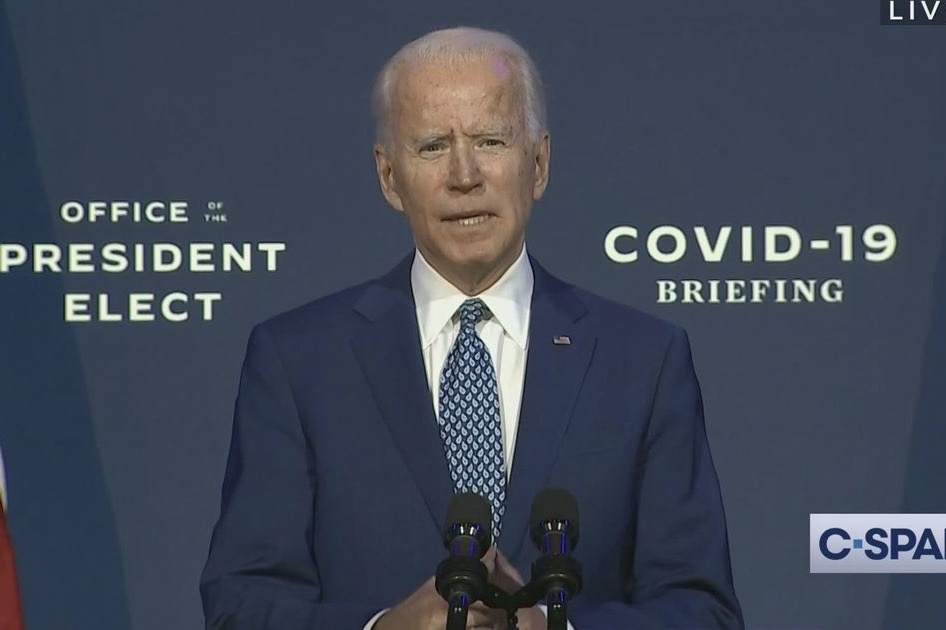 This piece was originally published in the Los Angeles Times on November 10, 2020.

The careful observer will notice that Joe Biden’s approach to leadership is very different from Donald Trump’s. While Trump has sought to exploit divisions along racial, religious and philosophical lines — stoking grievances, suspicion and sometimes violence — Biden keeps telling us he wants to bring Americans together. Good!

If you’re reading this, chances are very good that on election night you were shocked and depressed at how close the race was. If you’re among those who believe that the election has been stolen from the real winner, then you are almost certainly not reading this. That’s because Americans are divided into two completely different information universes. And that’s a problem.

In 1995, I wrote a book that called Rush Limbaugh “a Big Fat Idiot.” While the book was satiric, its intent was entirely serious. Limbaugh had been first to exploit a little-noticed repeal of the Fairness Doctrine by the Federal Communications Commission. Adopted in 1949, the rule required broadcasters to present controversial issues in a fair and balanced manner. The doctrine’s repeal in 1987 cleared the way for disreputable broadcasters to present manifestly dishonest and unbalanced content, and Rush, it turned out, had a real talent for just that kind of thing.

Before long, Limbaugh had attracted an audience of 20 million a day by spewing wildly racist, xenophobic and sexist bile and wildly untrue twaddle about everything from climate to tobacco to the number of murders committed by Bill and Hillary Clinton. Like Father Coughlin, who regaled his millions of loyal radio listeners with anti-Semitic and isolationist propaganda in the lead-up to World War II, Limbaugh became a huge political force. After the 1994 midterms, when House Republicans were swept into the majority for the first time in 40 years, the new speaker, Newt Gingrich, named Rush an honorary member of the class of 1995.

It’s no coincidence that this year, Trump honored Limbaugh with the Presidential Medal of Freedom, which had been previously awarded to the likes of Cesar Chavez, Martin Luther King Jr. and the Apollo 13 astronauts. Without Limbaugh, there would be no President Trump.

A true master of radio, Limbaugh had a short-lived TV show. But its producer, Roger Ailes, would go on to be the impresario of Rupert Murdoch’s Fox News Channel, whose slogan, ironically, would echo the language of the Fairness Doctrine. In fact, when Fox sued me in 2003 to stop the publication of “Lies and the Lying Liars Who Tell Them — A Fair and Balanced Look at the Right,” the judge told Fox’s lawyers that their slogan, like their case, was “wholly without merit.”

Purporting to provide a balance to the liberal mainstream media, Fox built a huge, rabid audience by relentlessly attacking Democratic administrations and functioning as state TV for President Trump. From “Fox and Friends” in the morning through its prime-time lineup with Tucker Carlson, Sean Hannity and Laura Ingraham, Fox and its commentators have slavishly (and tragically) echoed this lazy and irresponsible nut job. Early in the pandemic, Hannity told his audience that the coronavirus was a hoax. Ingraham’s audience learned that the left was “weaponizing coronavirus fears.” Nothing has more starkly underscored the gulf created by America’s two information universes than the refusal by Trump supporters to wear masks in public places.

But while denizens of the more sober, rational universe can sample Fox and see for themselves what that right-wing universe looks like, the internet and social media platforms have created a more opaque world for far more extreme and untethered worldviews to fester and grow.

Stephen K. Bannon, the former Breitbart News executive chairman who lately literally called for Dr. Anthony Fauci’s head, ran Trump’s 2016 campaign. The Twitter phenomenon QAnon has followers who are winning seats in Congress. And Facebook’s algorithms make sure to maximize the time its 2.7 billion users stay on the platform. Are you activated by particularly vile content? Then we’ll give you more of it! Whatever keeps you on, so we can sell more advertising. That’s our business plan!

Four years ago, many Americans were puzzled to learn that a not-small number of Trump supporters believed that a not-small number of Democrats were blood-sucking pedophiles holding children captive in the basement of a Washington pizza parlor. This fall, when YouGov put specific QAnon allegations to voters in a survey, fully half of Trump supporters said they thought Democrats were involved in elite sex-trafficking rings, while another third said they weren’t sure.

Going into election day, Democrats, independents and Republican Lincoln Project types were convinced by polls that Biden was poised to win a mandate to restore some normalcy and competence to our governance. To draw on the expertise and professionalism of those who have dedicated their lives to public service. To include more citizens from all walks of life to address systemic racism and economic inequality. And to look to science to conquer the coronavirus.

Last Tuesday, Joe Biden received more votes for president than any candidate in our nation’s history. Then again, Donald Trump received the second most. In his speech Saturday night, the president-elect reached out to Trump supporters, imploring all Americans to “put away the harsh rhetoric” and to end “this grim era of demonization.”

What, do you suppose, are the chances of that?

Subscribe to The Al Franken Podcast on Apple, Spotify, Google Podcasts, Amazon Podcasts, YouTube or wherever you get your podcasts.