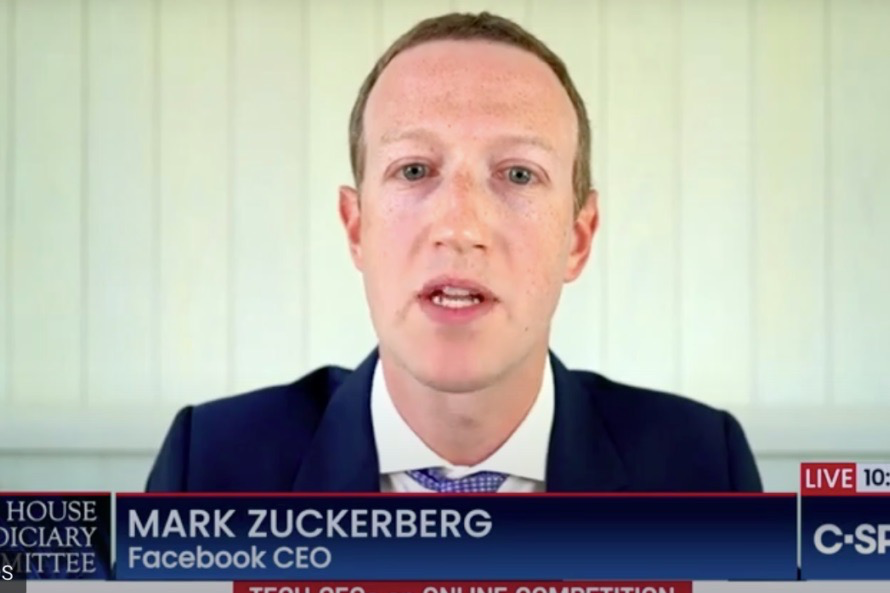 After it came out that, during the 2016 campaign, Facebook had carried pro-Trump and anti-Hillary ads paid for by the GRU Russian intelligence agency, the Senate Judiciary Committee held a hearing with top executives from Google, Twitter, and Facebook.

It is against the law for foreigners to contribute to an American political campaign, and creating ads and buying ad space is, of course, considered a campaign contribution. In his opening testimony, Facebook’s general counsel testified that Facebook had not been aware that the Russians had bought ads. When it came my turn to question, I turned my focus on him, noting that the Russians had paid for the ads in rubles. That’s right. The GRU paid Facebook in rubles.

I told him that I had found it ironic that a company that prides itself on being part of Big Data – a company whose business model is providing advertisers with more data than had ever been compiled in the history of mankind prior to a couple months ago – could not put together “rubles” with “paid for by Russians.”

Not surprisingly, he didn’t have a good answer.

But here’s what did surprise me. I asked him if Facebook would pledge not to take political ads in the future that were paid for in rubles. No, he said. He could not make that pledge.

Really? I tried a few more times. Finally, he said his reason for not agreeing not to take ads in rubles was that anyone can convert any currency to any other currency. “Why,” I followed up, “would anyone convert their currency to rubles?” Again, no good answer. Still, in the end, the general counsel for Facebook would not commit to rejecting political ads for American campaigns that are paid for in rubles.

This all brings me to last week’s Washington Post article about Trump ads currently being carried on Facebook. Five different fact-checking organizations – including the conservative CheckYourFacts, a part of the Tucker Carlson founded Daily Caller – have each concluded that Trump ads on Facebook, like the ones which falsely claim that Joe Biden has called for defunding police departments, are patently untrue.

While that may not surprise you, what is deeply disturbing is that Facebook is continuing to carry these ads deemed false.  And not just by these organizations, but also by Facebook’s own fact-checking program founded in December 2016 in response to the sheer tonnage of mis-and-disinformation that the Trump camp had spewed on its platform during that year’s presidential campaign.

But wait!  Not only that!  It’s doing so without informing Facebook users who are being targeted by the ads that Facebook itself has determined to be blatantly deceptive even as the Trump campaign continues to churn out falsehoods, distortions, and bald-faced lies.

The Trump team can do so confidently because it is well aware that Facebook is giving the campaign permission to lie with complete impunity, all while providing the campaign with all the data I referred to in that hearing so that it can narrowly target deceptive ads tailored to slices of potential voters susceptible to each distinct morsel of their mountain of lying crap.

That is the particular piece of all this that gives lie to Facebook’s excuse for not bringing down these ads. Facebook argues that television and radio stations are free to choose whether or not to air political commercials that contain falsehoods. (And many choose not to.) But TV and radio cannot target their commercials with the micro-precision that Facebook can provide to its advertisers. That’s why the Russians were able to pay rubles to direct “Hillary is a racist” ads on Facebook to African Americans in Detroit, Philadelphia, and Milwaukee who had somewhere along the line shown an interest in Black Lives Matter. And because TV and radio ads go out to far broader audiences, so broadcasters have no reason (or the ability) to finetune their targeting to that extent that Facebook does, so, any flagrant disinformation will be flagged by actual knowledgeable human beings.

After Trump posted a clip of his appearance on the Fox News Channel’s morning show, Fox and Friends, claiming that children “are almost immune from this disease,” both Facebook and Twitter took down the posts. The disease he was referring to was Covid-19, not Compulsive Mendacity Disorder.

Twitter also blocked Trump’s account until he removed the deceitful and clearly dangerous clip. Facebook did not. It did the least it could do. Of course.