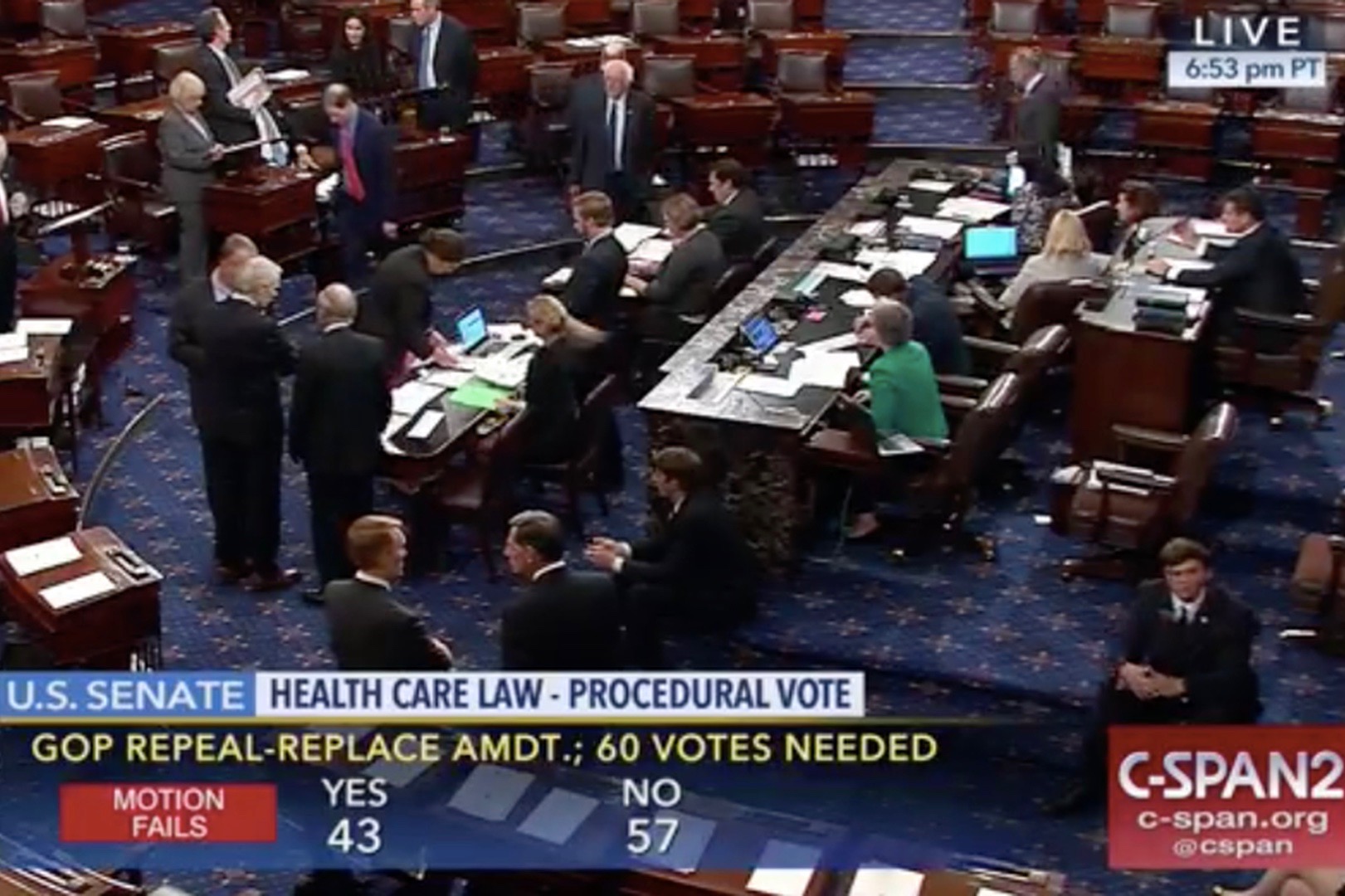 We have to beat Trump. We win this election if it is a referendum on Donald Trump. And there is no easier or more effective issue to accomplish that than health care. We picked up forty seats in the House on health care. Exit polls showed that health care was the single most important issue in 2018. More important than the next two, immigration and the economy, combined.

In 2016, Donald Trump promised to repeal and replace Obamacare with “something terrific.” Congressional Republicans had been promising to repeal and replace Obamacare for seven years. In 2017, Republicans had the White House, the House, and the Senate. Alright. Let’s see what you’ve been working on all this time. And, by the way, if you can provide better coverage to more people for less money with some free market plan, great! We’re all waiting to see what you’ve come up with.

What they came up with was a plan under which 23 million Americans would lose their coverage and there would be no guarantee of protection for people with pre-existing conditions. Also, there’d be huge cuts in Medicaid – so, the end of Medicaid expansion. On top of that, a nice bait and switch. Incredibly cheap plans that sounded great, but were cheap because they didn’t cover anything meaningful. And, meanwhile, the cost of insurance would spike for people over fifty. Wow! How do you accomplish all that insanely crappy stuff in one plan?

And then vote for it?

Suddenly, the Affordable Care Act became very popular. Because Republicans showed Americans all the good stuff in Obamacare that Trump and the Republicans in Congress wanted to take away.

This is why Americans went to the polls in 2018 and added forty Democratic seats in the House. Three more states passed Medicaid expansion by referendum – Idaho, Nebraska, and Utah.

Lesson learned for Trump? Nope. He ordered his Justice Department to back the court case to repeal the ACA that is working its way to the Supreme Court.

How do we not win on health care?

Are we definitely going to get to fifty U.S. Senators? Are we going to abolish the filibuster? What is the value of arguing over getting entirely rid of private insurance – WHICH NO OTHER DEVELOPED COUNTRY HAS EVER DONE – when our target should be Trump and the Republicans in the House and Senate.

Keep our eyes on the prize. Tonight, whoever goes after Trump – specifically on health care – will win the debate.