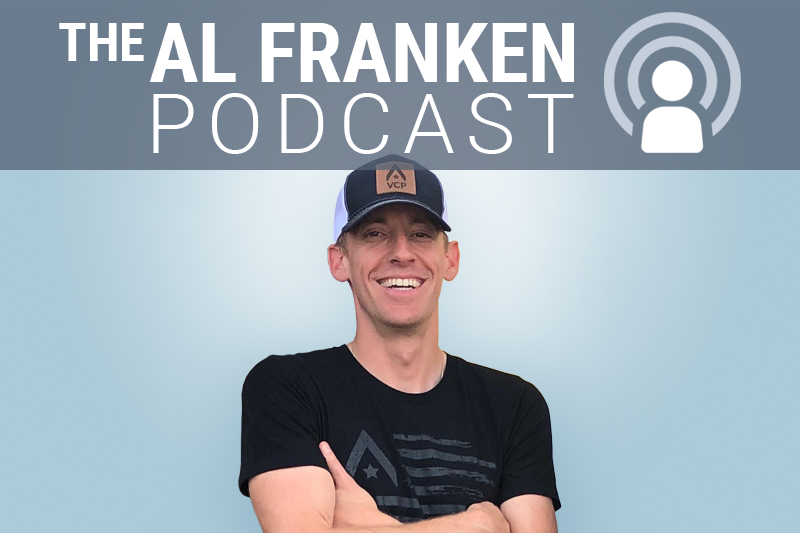 Sometimes I like to say that The Al Franken Podcast is just like The Daily, only without the resources of The New York Times. This episode I have the jump on The Times – because of my friendship with Jason Kander, former MO Sec. of State. Kander is an Afghanistan War vet who nearly pulled off a miracle in the 2016 race for MO Senate, losing by just 3 pts. (Thanks Comey!) In a state where Hillary lost by 18%, Jason ran an inspired, almost perfect race. (Jason’s the guy who did the pro-gun-control ad, assembling an AR-15 assault weapon BLINDFOLDED)

A Rising Democratic Star, Kander was widely considered a potential 2020 Democratic nominee for President. Instead he chose to run for mayor of his hometown, Kansas City. Raising a shitload (technical term) of campaign cash and lapping his opponents in the polls, he was considered a shoe-in. Then Jason shocked the political world by dropping out of the mayoral race to address the PTSD that had been dominating his life for twelve years.

Jason and I discuss this signature wound of the Iraq and Afghanistan (and Vietnam and all) Wars and his efforts to heal himself and help other vets whose needs include housing and other services. An inspiring episode that The Daily just couldn’t handle.