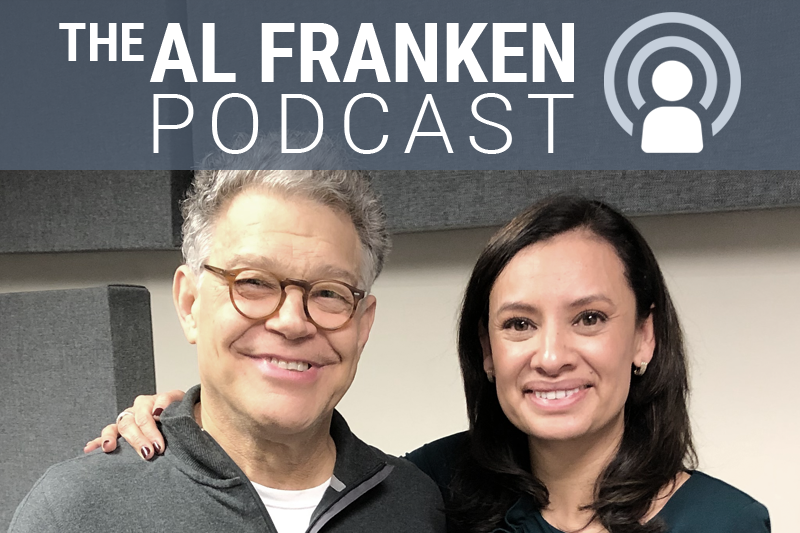 In my wide-ranging interview with Maria Teresa Kumar, we talked about a practice that has been going on for years, but which, under the Trump Administration’s zero tolerance and family separation policies, has become more and more commonplace.

Children, as young as four and five years old, are forced to defend themselves in immigration court before a judge – without legal counsel.  In court, the Department of Homeland Security is represented by a trained lawyer who argues for the child’s deportation. But often no lawyer stands with the child.

Every child is given an interpreter, so that he or she can have the judges’ questions interpreted in their native language.  But the child must make legal arguments and present evidence on his or her own behalf.

Understand, each child can attempt to find representation, including pro bono legal service providers.  But there aren’t enough of them. And so, little kids, my grandson Joe’s age, 5, are forced to defend themselves under our complex immigration legal regime.

I often put Joe to bed at night.  It is currently my favorite thing in the world to do.  I read a book to him. For a long while he favored Dr. Seuss.  But lately it’s been books about animals from places he hopes to go to one day so he can see them for himself in their habitat.  After we’ve read a book or two, it’s time for the loveliest part of my day.

“Grandpa, tickle my back and sing to me.  And sing the songs you sing every night.” He turns onto his stomach and I tickle his back and sing “Brokedown Palace” by the Grateful Dead. Then I move onto “Sweet Baby James” and he’s usually asleep by the time I get to “Ripple.”

Joe will turn six on May 30th.  I’m not certain what my daughter and son-in-law have planned for his party.  This year a lot of birthday parties have been at places where they can bounce on these things we used to call “moon walks” when my kids were little.  He and his friends are old enough now that you can drop them at Bouncy World and come back three hours later to take them home. That’s been the case for a couple years now.

It’s great that Joe is old enough to bounce around for three hours with thirty other kids with just a few adults supervising. But my grandson is not old enough to argue to an immigration judge that he is legally entitled to asylum.

I hope you listen to my podcast with Maria Teresa Kumar.  It’s a sometimes passionate, sometimes funny, and in one or two places, deeply moving conversation. I asked if there were good organizations that help immigrants seeking asylum.  She told me RAICES in Texas raises money for immigration lawyers. And an outfit called Annunciation House provides housing, transportation, and food for immigrants while they’re waiting for their day in court.  There are links here and here so that you can help them; RAICES also asked you take a look at their Families Together and Unaccompanied Children (LEAF) funds, too.  Thanks!