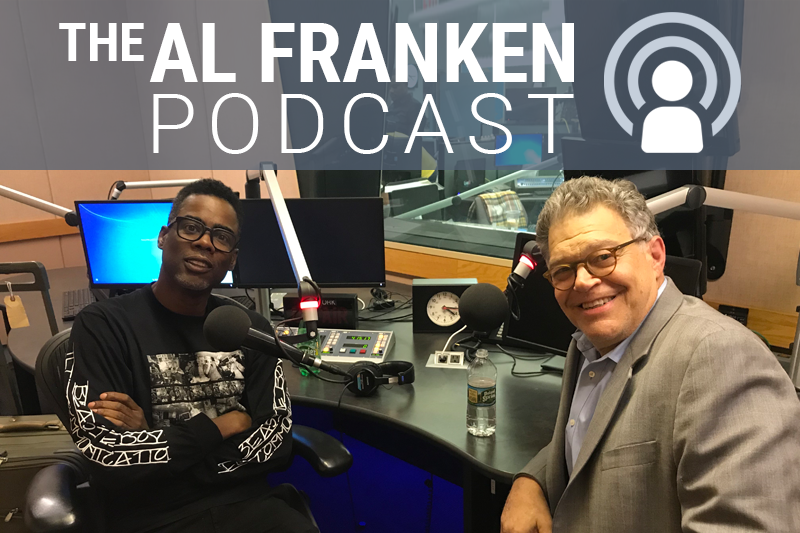 This week on the Al Franken Podcast, Chris Rock discusses key moments in his life, including the one where I saved his career.  Which is really more about Chris realizing that HE had to CREATE his career. Rock talks about his early influences, including his grandfather, a philandering preacher who killed a guy and spent time in prison. During Chris’s Wonder Years – he spent a lot of time with Grandpa, who in addition to being a murderer, a womanizer, and a preacher, drove taxi around Brooklyn – often with young Chris in tow. See, Grandpa wrote his sermons while driving cab, and Chris got to see his process – he never wrote it down word for word – just outlined it.

Chris talks about his NINE years being bussed, so instead of going to crappy black schools in Brooklyn he could ride an hour each way to crappy white schools, where he was often the only Black boy. In his nine years, how many times was Chris invited to a classmate’s house? Hint. If you guessed zero, you’d be wrong – but extremely close.

During the podcast, Chris gets a call he has to take. From Super-Producer Scott Rudin.  We only hear Chris’s side, but it’s good news on a movie for Rock to star in. It could be cinematic history. Judy Garland hearing she’s playing Dorothy in the Wizard of Oz, and saying things like “Great!” “Uh huh” and “Okay.” It’s as exciting as audio can get.  And most crucially, short.

Give a listen to one our funniest and most thoughtful comedians. Won’t you?